The Seven Ports Challenge Charity Cycle Ride 2019, sponsored by Woodhart Group, was completed this year by HOP Director, Nigel Hosker, on behalf of HOP and as part of the Brighton and Hove Property Consortium (B&HPC).

The B&HPC organises a charity cycle ride every year in aid of the Mayor of Brighton’s charities, which this year, as chosen by Councillor Dee Simson, were Martlets, Rockinghorse, Grace Eyre Foundation and Off The Fence.

The team were sent on their way by the Mayor of Brighton on Thursday 2nd May. They started from the British Airways i360 at 7am to cycle to the first two ports – Shoreham and Portsmouth. From there, they caught a ferry to Caen before cycling from Ouistreham (Caen’s port) to Honfleur, Fecamp and Dieppe.

Chandlers Building Supplies took on the challenge of riding a 6-person bike, also known as ‘The Beast’. Despite it’s inability to turn corners, they successfully rode from Brighton to Portsmouth. It was an eventful first day for the team as there were broken spokes, bikes, knees and punctures. One trip to A&E for stitches, several bikes in bike shop A&E and a mad dash to catch the ferry before it sailed.

Despite the challenges, they caught a ferry back to Newhaven, the seventh port, on Sunday (5th May) before ending their 180-mile ride back in Brighton. The cyclists’ return has become an annual part of the Brighton Fringe Festival, with family and friends, and the Mayor, among those welcoming them back.

Well done to Nigel for completing the challenge and raising £740. He wishes to thank everyone who donated to the cause. The Consortium raised a total in excess of £30,000 for the Mayor of Brighton’s charities, which will be extremely beneficial to the local community. 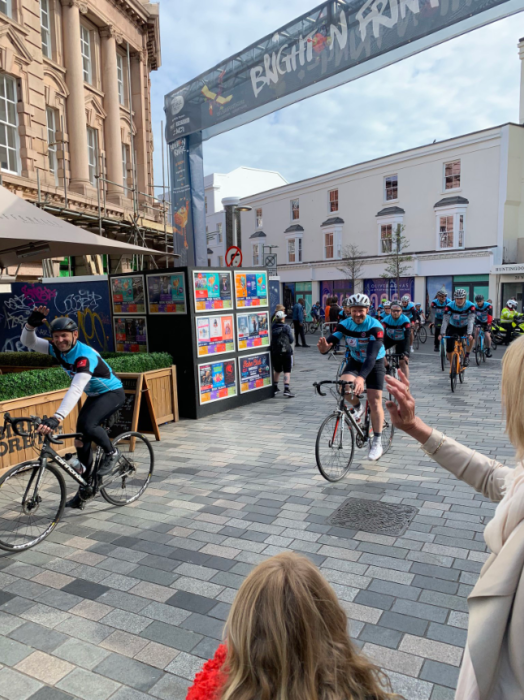 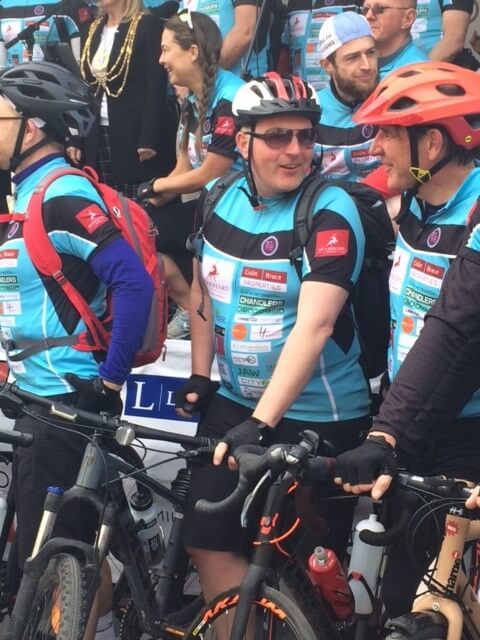